Stories of advertisers playing the role of God are almost a century old. In The Great Gatsby, written in 1925, the ‘blue and gigantic’ eyes of Doctor T.J Eckleburg, a billboard for an oculist, watch over the ‘valley of ashes’. At one stage Wilson, mourning the death of his wife, looks ‘at the eyes’ of Doctor T.J Eckleburg and says ‘You may fool me but you can’t fool God…. God see’s everything’.

Today, the internet is the most omnipresent tool mankind has created. The advertising industry provides Facebook and Google with 90% of its profits. In return they are given the power to wield the all seeing eye of the internet. Like all Gods the advertising industry is decorated in myth. One of the most commonly told tales is that people’s phones are listening to them. These days, we fear that Doctor T.J Eckleburg hears everything we say.

On the 30th of October Zeynep Tufekci, a leading thinker on Social Media surveillance, publically challenged the myth on Twitter. She highlighted that ‘Facebook has lost so much trust that I’m constantly explaining to strangers that no, it’s not listening to you through your phone’, however, this resolution lasted just 6 days. On November 5th she declared that she had gotten so many targeted ads that she was leaning towards the view that ‘Facebook is listening’ through your phone.

The reaction from both the Virt-Eu seminar and Tufekci demonstrates the overwhelming cloud of distrust. Through not only speculating but accepting that their phones are being listened to, there is a resignation towards the omnipotence of technology companies.

While technically the collective may be ignorant, communication is one tool we can use to defend ourselves. Interviews and conversations paint a picture of how we believe advertisers are using technology to target us.

Emma, described how the CEO of the company Klook was going to speak at her company. After long conversations with work colleagues about the talk, she went on to her Facebook and found an advert for them. The most likely explanation for this was that she had been searching the company and thus had been targeted adverts, yet, Emma claims not to searched or typed to word Klook on either Google nor Email.

Katie, gave the example of talking on the phone to a friend about some trainers that she wanted to buy. After the conversation, the very trainers she had mentioned started to be advertised on her friend’s homepage, suggesting, her conversation was being recorded by her phone in order to target adverts.

Cece, detailed how she had been speaking about ‘Hygge’ with her family, lo and behold, an hour later the following advert was on her Instagram. 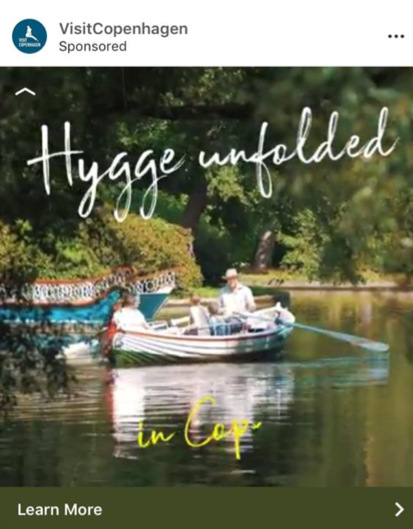 The online advertising industry is big business with approximately half a trillion dollars being spent every year. As the technology gets more complex, it is likely that adventurous ways of targeting users will be deployed.

One anonymous source claimed that he worked for a start up that ‘if you downloaded an app with their code, they could see the users web history, what apps they owned and for how long they’re on them’. This company acted as the middle man doing technological dirty work. When working for Nike they would make sure to send adverts to people who viewed the Adidas homepage.

The companies machine learning would continually analyse online reactions to adverts and modulate the way adverts were targeted. The method was hugely successful, as they received an astonishing 30% engagement for some of their adverts.

This article does not reveal the methods of Doctor T.J Eckleburg. Instead, it is a witness to the miracles that people claim to have seen. Without drawing any firm methodological conclusions, it seems we are becoming increasingly uncomfortable with the surveillance economy. As Doctor T.J Eckleburg looks on in silence, it is up to activists, journalists and academics to meet his gaze.