When asked whether Artificial Intelligence would turn human beings into cyborgs Elon Musk, citing the smart phone, claimed we already were. The smart phone, he said, gave us superpowers as we can communicate, locate and love through it. Our phone is our gatekeeper of the internet. In order to wield these superpowers, we have become completely dependent on them. This has been demonstrated as on any given London tube 90% of the homo-sapiens’ clunk their way through Candy Crush or Spotify on a device the size of a large rock

It is this reliance or addiction which makes the trend of bugging smart phones so dangerous. Phone tapping has entered political memory for attacks on Amnesty human rights lawyers, the Hacked Off campaign, and Claude Juncker’s resignation as Prime Minister of Luxembourg. These technological weapons are now being used in the home setting. The New York Times and Vice have been reporting the phenomenon through the frame of domestic abuse, detailing how stalkerware apps are used extract and monitor the actions of desired victims. An NPR investigation in 2014 found that in a study of 70 surveyed domestic violence shelters, 75% helped victims whose abuser had used eavesdropping tools against them. Many of these tools brand themselves as encouraging people to ‘catch cheating girlfriends’ and monitor children. Last year an academic study detailed more than 200 apps that could allow would be stalkers the capability to log location, texts and ‘even secretly record video’s’. Bugging is not acceptable and there is an urgent need to raise the level of aversion towards these torturous methods.

I provide two arguments to illustrate the severity of phone hacking. Firstly, exploring the power it gives abusers over the victims. Secondly, exploring the victims psychological affliction and subsequent addiction of the abuser. My aim is not to catastrophize but to reflect a moral monster.

Stalkerware has made harassment smarter, easier and more accessible. Through downloading malware on to smart phones individuals can acquire people’s location data, listen to phone calls and know exactly who and what someone is texting. This makes the accessibility of stalking far more powerful than ever before. Application of spyware can immediately set up a Bentham’s Panopticon style relationship, where the prison guard can view the prisoner at all times without being seen. Foucault used this metaphor to describe the central mechanism of control throughout 19thcentury prisons, schools and factories. The individual is expected to internalize and normalise constant surveillance and behaviour towards their Watchman’s demands. This metaphor, when extended to spyware, sees tapping or eavesdropping used as a violent attempt to assert dominance over the individual, conditioning their behaviour according to the abusers needs. Jessica’s experience of being hacked paints the horrors of this controlling behaviour. She wrote how her then husband knew ‘exactly what I was texting all day long…’ describing the ‘creepy chilling feeling; like he always knew what I was doing and where I was going’. When describing prisons and schools the Panopticon seems cunning, detached and cold, when used in a relationship it stinks of exploitation and abuse. The act of downloading and applying spyware is a direct attempt to monitor and manipulate in breach of the individual’s freedom. While the degrees of exploitation may differ it establishes a master slave power dynamic. 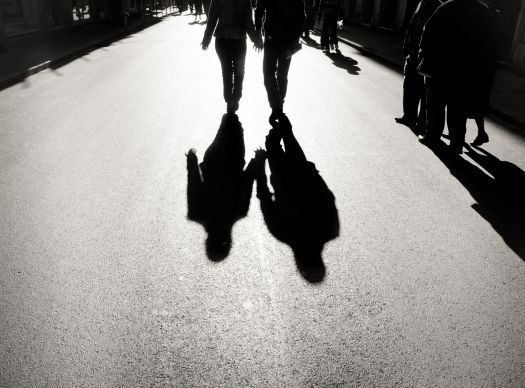 The psychological affliction caused by phone tapping denatures any meaningful relationship. Accepting surveillance is to let one’s thoughts, relationships and movements be controlled. These technologies are not built on a mutual basis. Wives and husbands do not agree to spy on each other to increase transparency in the relationship. Instead, it is an imposition of surveillance, with the expectation that the victim will submit towards being used and exploited. It is a malevolent betrayal of trust applied to tranquilize the abuser’s status anxiety. You can imagine the sick intoxication felt by the stalker; fantasies constructed through cold war novels veiling the violence of psychological penetration. Thoughts would become drunk from a cocktail of power, domination and espionage. In turn, the abuser is then rich with information from which they can provoke and tease their victim. The imagination would flourish experimenting with ways of creepily spending their looted wealth.

If we do not actively condemn stalkerware and phone tapping, we are encouraging interpersonal domination and psychological affliction. Failure to punish and stamp out this behaviour will enhance societal suffering whilst ushering in an era of technological authoritarianism. The smart phone is like an extended limb with direct access to our minds. The creation of products that give people access towards these introduce the tools for malevolent mind control. There is no excuse for stalkerware. It should be outlawed as an instrument of torture and an unparalleled inhibitor of domestic violence.